Web3: The Tao of DAO

What is a Decentralized Autonomous Organization and How Does it Work? 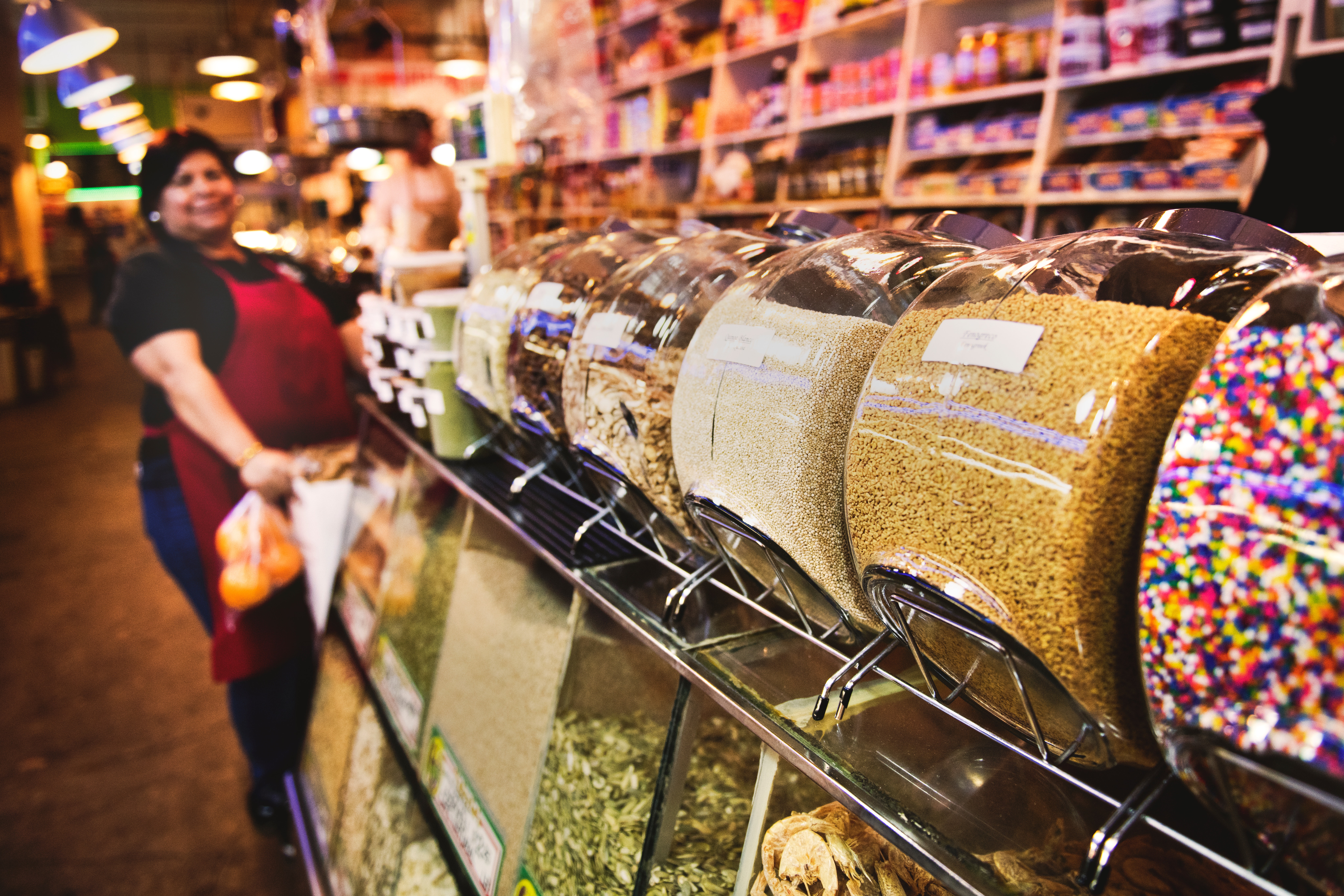 To understand what a DAO is, how it operates, and how it fits into the ecosystem of web3, we need to take a trip down memory lane, but do it with easy-to-understand terminology and easy-to-follow logic.

An Intro to DAO

When I was a little kid there was a natural food store a couple of blocks from our house where my family used to shop. I remember reading the word “co-op” on the front door and asking my parents what that meant. They explained that the people who worked at the store were the owners. They set the rules about what to sell, who to hire, and other decisions to keep the store in business.

In a way, a Decentralized Autonomous Organization (DAO) is structured similarly to a co-op. One person in charge isn’t calling all of the shots. The people who make up the DAO establish the rules to keep the entity afloat. Admittedly, this is an imperfect metaphor. DAOs aren’t that simplistic. Compared to co-ops they exist in a far more complex network. But, it is a good place to start.

At its core, a DAO is a self-governing entity whose charge is managed autonomously by a set of codes that exist across networks of computers. People from anywhere in the world can gain rights or membership to the DAO by buying tokens. Because the entity isn’t located in one central place, it isn’t governed by any specific judicial agency.

To better understand this concept, let’s revisit that imperfect metaphor of the co-op natural food store, but through the lens of DAO. Let’s say there is a group of people who make small-batch natural food products and they are tired of fighting for shelf space in co-op stores. They don’t want to pay distribution and other costly middleman fees to get their products in places where customers can buy them.

They know there is demand for their goods and decide that a DAO of small-batch food producers is the best approach. The group believes a DAO is a smarter way to get their products in the hands of consumers located all over the world, without paying costly fees, and in a streamlined and automated system. Together, this initial group sets foundational objectives and goals for the entity, which we are going to call NaturalDAO.

DAOs are considered the driving force behind Web3, the so-called next wave of the internet. If  Web3 pans out as supporters predict, it will upend business as usual. In this world, automation, transparency, collaboration, and self-governance rule.

Companies won’t have to wrangle with middlemen or governing boards to make decisions, let alone government agencies who determine access and other rules. Consumers will no longer be bound to big tech behemoths who control personal data because they will be calling the shots. The act of buying tokens means access and transparency for the masses.

There are a handful of key players already making waves in the DAO realm. The cryptocurrency darling Bitcoin is probably the most well-known to date.  Another DAO that made a splash was The DAO. In May 2016, the German company raised nearly $150 million in cryptocurrency. But within one month their code was hacked and they lost nearly one-third of their funds. Critics point at the downfall of The DAO as a reason to avoid DAOs altogether, citing the volatility of an unproven business model.

In between these two examples, many other DAOs are working to make it a go -- some quite successfully. They range from philanthropy DAOs such as Big GreenDAO which is aligned with food justice to investment DAOs such as DAO Ventures which focus on Decentralized finance (DeFi) and NFTs to creative DAOs such as RaidGuild, an agency of Web3 designers.

Before a business can be successful, investment is key and DAOs are no different. Take our NaturalDAO. If the initial group is lucky enough to have their own funds they could invest in the cryptocurrency needed to get the collective going. If they don't, another option would be to seek funding from venture capital firms.

Many DAOs opt for crowdfunding. Meaning people pay money -- again, in the form of tokens -- to become investors. This type of “ownership” lends itself readily to the structure of a decentralized organization. Just like the brick-and-mortar co-op, no one person is calling the shots. In the realm of DAOs, this type of structure levels the playing field among participants. It also provides incentives for people to contribute in meaningful ways so the collective can meet its goals and objectives.

Because DAOs operate in an open and transparent ethos, anyone can review the goals and objectives, and, ultimately, buy tokens. However, it’s fair to say that most investors align with a DAO that shares their same interests and goals.

DAOs were born out of blockchain technology - that system of digital transactions or codes that also exists across networks of computers. They too rely on the same technology to record their transactions. However, in a DAO, these codes are called smart contracts. They allow for automated decisions to maintain and drive the organization's mission, goals, and objectives. Think of these smart contracts as the rules that guide the business or organization.

For the NaturalDAO their smart contracts could range from transactional functions, such as what products and services to offer, to judicial functions such as organizational roles and who distributes new tokens. Just like the brick-and-mortar co-op these rules are decided upon by the group.

Once these smart contracts are at a place where the group is content, they are loaded onto the blockchain.  All of the transactions of the NaturalDAO would be governed here, automatically. What’s more, these transactions are open for anyone to review. That is unless a member comes up with a new code that contributes to the goals and objectives of the NatualDAO.

Anyone in a DAO can propose to revise a smart contract. These potential revisions could range from a new governance standard to a new price value calculation. Again, the group reviews the proposal and determines if it’s keeping with the original goals and/or contributes to improving the goals.  If the proposed code is approved the new rules are written into the smart contract and added to the blockchain. Once it is added to the blockchain, the transactions will follow this newly revised path.

Web3 is here and DAOs are set to play a major role in this next wave of the Internet. Some DAOs have garnered much success, while others have struggled to find footing. DAO collectives are varied, focusing on finance, art, or charity. Because not all DAOs have the same focus their internal structures will vary as well. A DAO that is aligned with raising funds for a cause will operate differently from a DAO that is aligned with crowdfunding for businesses. Even so, there are a few fundamentals that all collectives must possess to get off the ground.

Like all entities, a DAO must first gain funding. That usually comes in the form of people buying tokens. Most DAOs are started by a core group of people who come together for the initial funding. But membership doesn’t stop there. Depending on the rules of a given DAO, other people can buy tokens, which gives them decision-making rights about the path forward. This engagement can look like proposing new codes or smart contracts for the entity and/or voting on such proposals. Members can also be rewarded for their contributions to the core code.

Because a DAO relies on smart contracts, there is no need to wait for key players to make decisions. These contracts, usually written by the initial group members, ultimately guide the transactions of the DAO. Since these smart contracts live on the blockchain they post in real-time. This makes for transparency that investors and clients don’t get in traditional companies or organizations, according to the experts.

It’s fair to say that DAOs are still in their infancy, although they are gaining ground, beyond the realm of cryptocurrency. For more information on whether DAO is right for your business check out the following links.

How DOAs Can Take Your Business to the Next Level

MTR or InboundLabs: Which is the real thing?

How a Web 3.0 organization can use HubSpot Contacts

Leveraging Web3 to start a DAO